Turbocharger vs Supercharger: The Big Difference!

The invention of Turbochargers and Superchargers has enthralled automotive enthusiasts over time. There is no denying the fact that with the addition of a turbocharger kit and a supercharger kit, the engine and driving dynamics of the car boosts up profoundly. Even though many veterans prefer a naturally aspirated engine (because why wouldn’t they), they equally jive up whenever they get a chance to take a turbo/supercharged car out for a spin. While this may not be a prominent debate, there is another ‘Hot’ topic considering it! The question regarding it goes – “Turbocharger Vs Supercharger: Which One is Better?!”.

Before we begin exploring an answer to it, let’s make some basic terms clear.

What is a Supercharger?

A supercharger is an air compressing device to increase the air pressure in the intake manifold of the internal combustible engine. This increased pressure inside the cylinders allows it to burn more fuel in it, thereby improving the performance of the car. How does a Supercharger Work?

The installed supercharger kit is either a belt-driven or a chain-driven mechanism connected to the engine’s crankshaft. The main purpose of a supercharger is to increase the air pressure in the intake by compressing atmospheric air and forcing it into the combustion chamber. This is what produces a lovely Supercharger “Whine” that we all love to hear! This ‘extra’ air inside means that more fuel is required for the combustion. Therefore, by increasing the combustion rate, more power is delivered!

What is a Turbocharger?

A Turbocharger (Turbo-supercharger or a Turbo) is a forced induction mechanical device bolted into the engine chamber. Installing it increases the power output along with the fuel efficiency of the car. How does a Turbocharger Work?

Generally, a turbo is built up of two circular halves that are bolted together. Hot exhaust gas is sucked in through one side, which in turn spins the turbine (fan). This is what produces the satisfying “STUTUTUTUTU” sound! Further, this fan is connected to another turbine which lets the air pass through it at high pressure. This cold high-pressure air is boosted into the engine. This is called the ‘Turbo Boost’. The result of providing this boost gives the engine abrupt power and a better fuel economy.

Supercharger Vs Turbocharger: Which One is Better?!

To take it into account, let’s consider each and every point.

A major disadvantage of driving a turbocharged car is experiencing a ‘turbo lag’. Turbo lag is the delay in building up the boost for generating high power when a driver ‘Floors’ the accelerator. On the other hand, supercharged cars don’t experience any sort of turbo lag because there is no turbine to spool the air; as turbines take time to spool the gases. Hence, this time delay accounts for a Turbo Lag! Since a supercharger is connected to the crankshaft, it is always running constantly.

A supercharger uses the engine’s power to keep it running. It draws more power just as the engine revs higher. And for this reason, supercharged engines are less fuel-efficient. A turbocharger on the other hand utilizes the exhaust gases of the engine and further delivers more boost at the pressing of the pedal! This results in a better fuel economy and higher instantaneous power.

Since a precision turbo performs with the output of the combustion chamber, installing it is more complicated and requires considerable modification of the exhaust system. On the contrary, superchargers can be installed at the exterior of the engine without any unnecessary modifications the engine. This makes it cheaper to install it than installing a turbocharger.

As said above, superchargers take power from the engine’s crankshaft. This means that the engine should be able to handle higher boosts and the big supercharger itself. So, adding a supercharger to a small block won’t be a success. That is why a supercharged car has a bigger engine and a turbocharged car can easily handle a small engine.

Considering the fuel efficiency and the instantaneous power generation, Turbochargers pave the way for 1st place at the podium of automotive excellence! Although turbos have a noticeable turbo lag which has agonized every driver, trends in technology are showing better performing turbochargers with limited lag. However, for a massive lateral power output via a bigger engine, the supercharger takes the lead. In conclusion, most automotive enthusiasts and professional drivers prefer a turbocharged engine, as it can accompany a small engine. This means there is some noticeable weight reduction. Also, the instant boost and the “STUTUTUTU” bring out the inner kid and encourage to have a more thrilling and fun ride!

Let us know what do you think about Turbocharger and Supercharger in the comment section below. 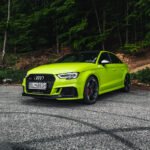 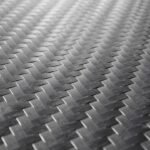 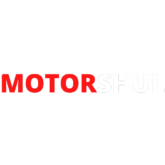 contact@motorshul.com
Copyright © 2021. All rights reserved.
We use cookies to ensure that we give you the best experience on our website. If you continue to use this site we will assume that you are happy with it.Ok